Explore the geological, zoological and botanical objects in the Museum Stobaeanum’s collections. 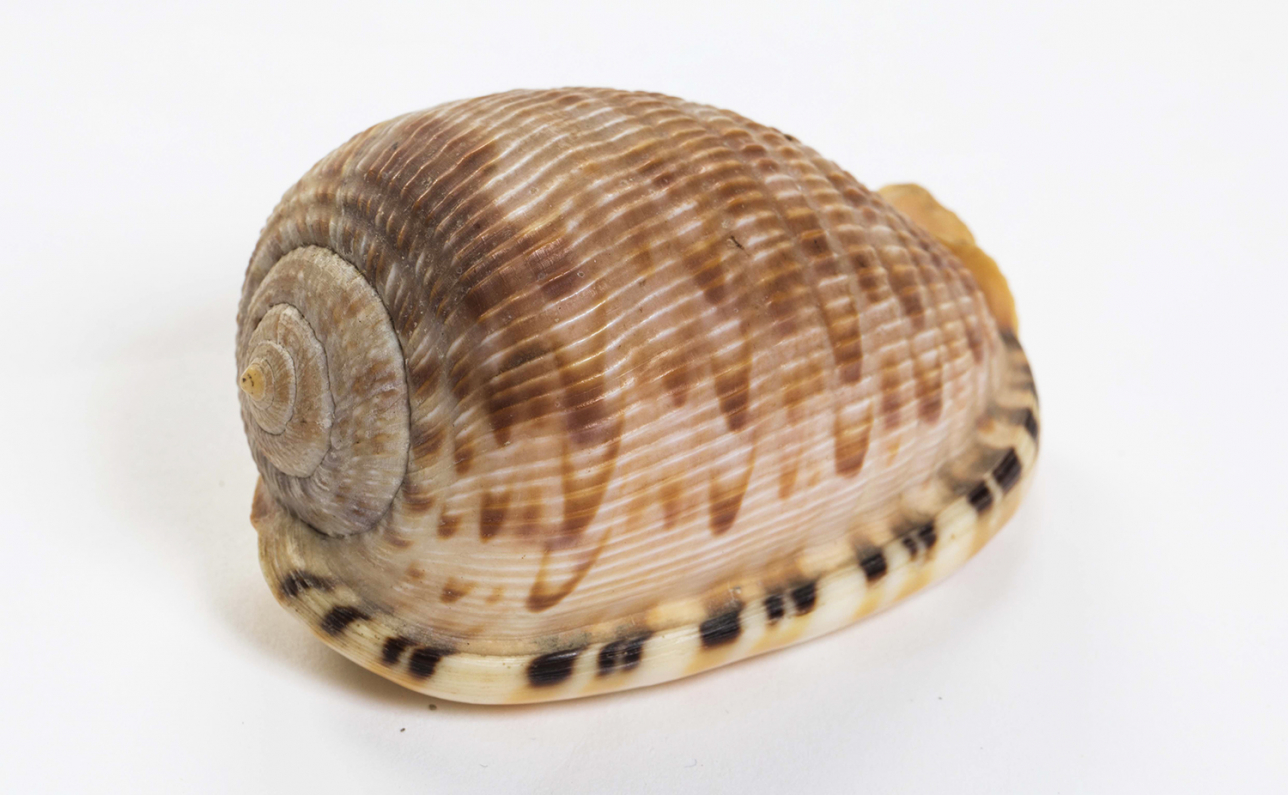 Natural history specimens constituted a major part of Museum Stobaeanum’s collections. They included geological, zoological and botanical objects. The original geological collection as inventoried in 1759 contained more than one thousand objects including soil and rock samples, fossils and minerals. Approximately one hundred of these objects have been confidently identified in the existing collections (stored at the Department of Geology, Lund University) and another one hundred are thought to be possibly stemming from Stobaeus’s original collections. The vast majority of the confidently identified specimens comprise fossils, a few are mineral and rock samples. Unfortunately, no soil samples seem to be preserved. One of the more interesting finds is the ammonite fragment that was mentioned in Stobaeus’s De Nummulo Brattensburgensi and was later named in his honor. This was the first specimen to be included in the type collection at the Department of Geology, Lund University.
Stobaeus’s De Nummulo Brattensburgensi

The zoological and botanical collections, as they were inventoried in 1759, consisted of 496 zoological objects such as birds, mammals and shells from many parts of the world as well as 246 insects and 42 plants. The plants, however, were probably not a part of the original donation.
The inventory of 1759

A total of 21 zoological objects as well as 82 insects which were collected at Björnstorp mansion by Stobaeus’s assistant Johan Leche have been positively identified as belonging to the original Stobaeus’s collection. In addition to these objects, there are another 300 that need more research regarding their origin and connection to the Museum Stobaeanum. Stobaeus’s herbarium was not part of his donation to the university and today it is unclear what happened to it after his death in 1742. At present, there are no known botanical objects preserved from that time in the Biological Museum in Lund, which curates the remains of the 18th century biological collections.
The Biological Museum

The still existing original 18th-century objects include mounted skeleton of a swan, an engraved Nautilus shell, shark teeth, an armadillo, a Cerambyx cerde (majalis) and a Meloë scabrosus (variegatus). The latter two are insects and were part of our fauna in the 18th century but are now considered to be extinct species.